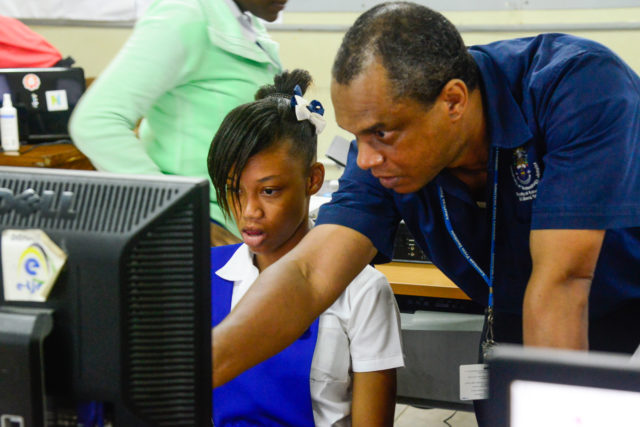 I first started sharing my knowledge of photography as volunteer photography tutor at the Philip Sherlock Centre for the Creative Arts at UWI, Mona in 1999/2000. This was followed by my first teaching job at the UTech Centre for the Arts at the University of Technology, Jamaica (UTech Jamaica) from 2001 to 2003. In 2002 this led to advising The British Council in Jamaica on their “Web I” School Links Photography Project, which involved linking schools in Jamaica and the United Kingdom through photography. I was fortunate to be selected to participate in the Light Light photography exchange programme in the summer of 2002 between Jamaica and the East Midlands. In addition to photographing in the East Midlands, I also presented in workshops and artist talks, which increased my desire for more teaching opportunities.

I had to wait until 2007 for this opportunity, when I created and lectured the Principles of Photography module for the Communication Studies programme at the Northern Caribbean University. In 2008 I obtained my M.A. in Photography from the University of Bolton and since then I have served as adjunct lecturer at: the Northern Caribbean University, the University of the West Indies and the Edna Manley College for the Visual and Performing Arts. At the latter, I led the development of their BFA in Photography. Since 2012 I have lectured full-time at UTech Jamaica, where I am also the faculty advisor of the UTech Journalism Society.  In 2016, I presented on The Rights of Journalists to the Improved Access to Justice in the Caribbean media law workshop in Barbados.