The IAAF World Championships concluded in Moscow with Jamaica finishing third in the gold medal table, behind hosts Russia and the United States of America. The week of athletics produced many performances by – among others – Usain Bolt, Shelly-Ann Fraser-Pryce, Warren Weir and the youthful men’s 4 x 400 metres relay team that exhilarated the country. Nowhere was this more evident than in Half-Way Tree, the transportation hub of the capital, Kingston.  Giant screens were placed that enabled passers-by to view the races and it eventually became the mecca to view the races. Here are images of the joy and pride of Jamaicans as we celebrated our athletes’ performances. [zooeffect AIKApNLk17FD]

Jamaica’s national senior athletics championships were held between June 20 – 23, with the top athletes competing for a place on the team to the IAAF World Championships in Russia in August. 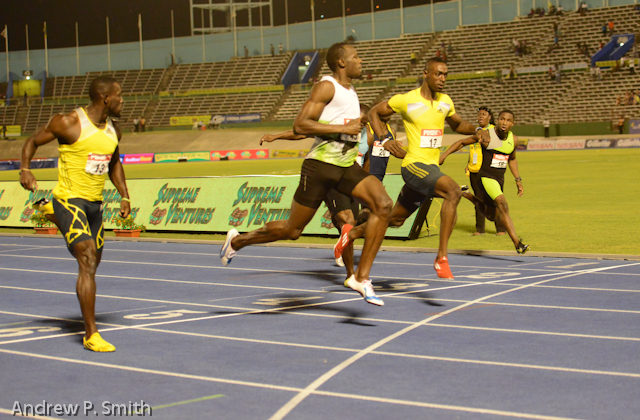 Usain Bolt and Shelly-Ann Fraser-Pryce led the way with many youngsters following closely in their wake to show the depth of of Jamaica’s track & field talent. Here are highlights from the weekend.