March 2013 will be a red-letter month for the citizens of Cascade in the Blue Mountains of Portland, Jamaica. This is the month when a section of their main road which was destroyed by a landslide in December 2004 was finally repaired. Repaired just in time for students of the Cascade Primary School to have their sports day on the newly surfaced road. 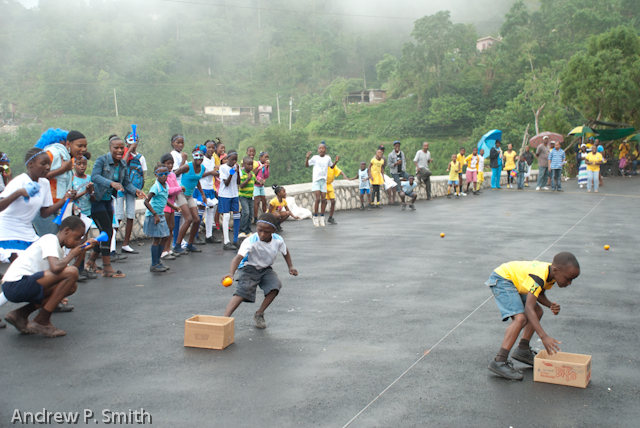 Students compete in the potato race during sports day of the Cascade Primary School in the Blue Mountains of Portland, Jamaica on March 27 2013.

Cascade is 1,000 metres above sea level in Jamaica’s Blue Mountains, an area known globally as the source of one of the world’s most expensive coffees. It is also part of the Blue & John Crow Mountains National Park, which has been submitted to UNESCO to be considered a World Heritage Site due to its unique natural and cultural heritage. Taking these facts into account, one would think that Cascade’s residents are benefiting from such natural wealth. Unfortunately this is not the case. The community’s economy is based on the coffee industry, yet the subsistence farmers and pickers do not benefit from the price that global consumers pay for the brew. In addition, since 2004 several landslides have resulted in the main road being cut-off in several places. These factors resulted in out-migration from Cascade, resulting in a current population of less than 600 residents.

A resident of Cascade carries a child over the landslide at the Cascade Primary School on November 28 2008. 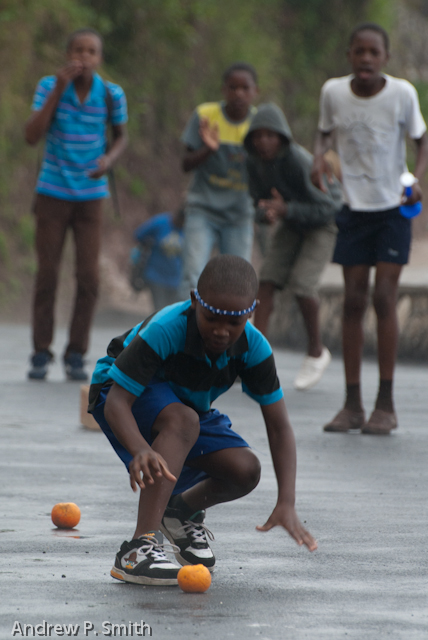 A student participates in a potato race while urged on by his team-mates during the sports day of Cascade Primary School. 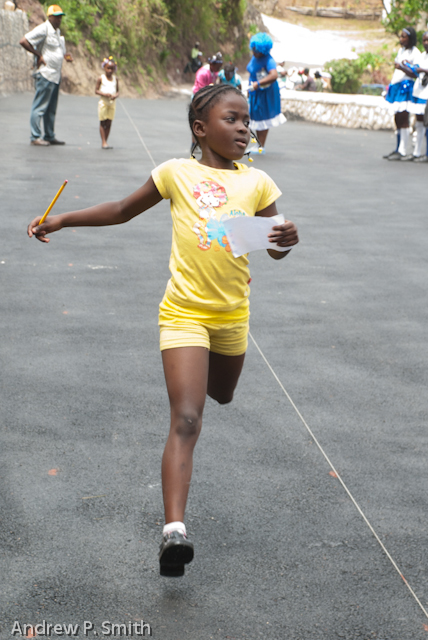 A student of the Cascade Primary School participates in the Maths race during sports day in the Blue Mountains of Portland, Jamaica.

In spite of persistent rain and clouds the 56 students and their teachers came out to continue Jamaica’s fine tradition of athletic competition, which includes such world-beaters as Herb McKenley, George Rhoden, Donald Quarrie, Merlene Ottey, Grace Jackson, Veronica Campbell, Shelly-Ann Fraser, Asafa Powell, Yohan Blake and Usain Bolt. Here’s hoping that some of the participants in the Cascade Primary School’s sports day will be able to overcome the challenges of life in Cascade and continue this tradition.